Posted by on 5/2/2019 to Facts and Fun
The Koa tree is native to the Big Island of Hawaii. Koa may be the most spectacular hardwood in the world. Koa can be found on the other Hawaiian Islands but those trees tend to lack the splendor of Koa growing on the Big Island. Koa are fast growing trees at 5 feet per year for the first five years, and can reach impressive heights in several decades in upper elevation landscapes. Koa has never been regarded as an endangered species, and it is certainly far from extinct. There is more koa growing in Hawaii now that 10 or 20 years ago.
Its name in the Hawaiian language, koa, also means brave, bold, fearless, or warrior.
We carry authentic Koa / sterling silver jewelry for every taste and budget.
Aloha
Previous Post
Next Post 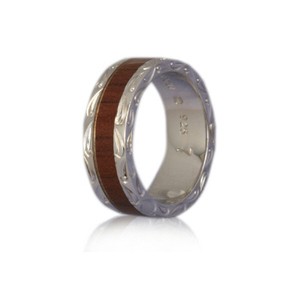