Posted by on 5/9/2019 to Facts and Fun
With most of the earth covered by water it comes as no surprise that centuries ago it was believed the oceans hold mysterious creatures like mermaids and serpents.
Mermaids are depicted as half human and half fish and have captured peoples imagination for ages.
Mermaid stories date back as far as the ancient roman empire.
In the 1400's Columbus claimed to have encountered mermaids and wrote in his journal they were not as beautiful as they are said to be.
Countless books and movies are available about those mystical creatures.
Our modern day mermaids have beautiful flowing hair and beautiful faces.
Mermaids may be ancient but still capture the hearts of young and old.
Do you think mermaids are real?
Previous Post
Next Post 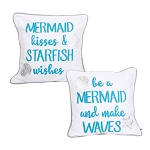 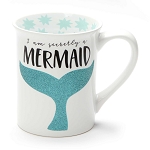