Posted by on 5/16/2019 to Facts and Fun
What is a Tiki? Tikis where intended to represent very important, respected authorities, namely principal gods, guardians and spirit powers. In ancient Hawaiian culture, the gods, the land, and the people, shared a symbiotic existence. If the people took care of the land the gods were appeased. If the gods were happy, they would allow the land to provide sustenance for the people. Tiki statues were carved to represent the image of a certain god and as an embodiment of that specific god's power. With well-formed tikis, perhaps the people could attain protection from harm, strengthen their power in times of war and be blessed with successful crops. Beginning in the 1930s, an entire "tiki culture" representing the island life of the South Pacific began to form. Tiki-themed restaurants displayed tiki carvings, tiki torches, rattan furniture, tropical-print fabrics and wooden or bamboo items. Before long, tiki culture had a large following in the United States, using South Pacific themes in everything from clothing to interior design. When you are browsing through tiki memorabilia remember you are looking at the best symbolism of " old Hawaiian culture"
Previous Post
Next Post 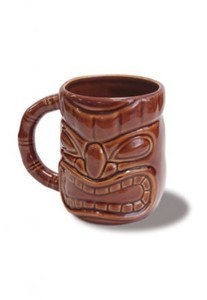